CHRISTUS Stehlin Foundation is conducting human clinical trials for CZ48, a promising anticancer drug  developed in the Foundation’s labs. CZ48 has shown remarkable activity against a variety of human tumors in preclinical testing.

In 2008, the Foundation’s 2,800-page application to conduct human clinical trials with CZ48 was approved by the FDA. Phase I clinical testing began at the University of New Mexico Cancer Research & Treatment Center, and were expanded to The University of Texas Health Science Center at San Antonio’s Cancer Therapy and Research Center.

The purpose of Phase I trials is to determine the drug’s safety (toxicity) and safe dosage range and to identify side effects. To date, clinical results  have confirmed those demonstrated in the lab: most patients have experienced manageable and mild side effects, which holds great promise for this exciting new drug.

CZ48 is an analog synthesized by Stehlin scientists from camptothecin, an alkaloid extracted from the Chinese tree camptotheca acuminata. Camptothecin and many of its derivatives completely eliminate cancer tumors in laboratory animals. But when the drugs are used in humans, other enzymes convert some of the drug molecules from an active form (lactone) into an inactive form (carboxylate), eliminating their anticancer effect.

Because camptothecin is so effective in its active state, Stehlin researchers sought to stabilize it. In 1995, Foundation scientist Dr. Zhisong Cao synthesized CZ48, a stable “prodrug” derivative of camptothecin. The structure of the CZ48 molecule prevents it from being converted to its inactive form while it circulates in the human bloodstream.

Classified as a topoisomerase I inhibitor, camptothecin interferes with enzymes that control the changes in DNA structure during a cancer cell’s replication, leading to the death of the cell, or apoptosis. A major drawback of camptothecin as an antitumor agent is that, once injected, often less than five percent of the drug stays in active form. The inactivation happens when a structural feature of the drug molecule - its lactone ring – is opened, creating the carboxylate form. While the ring remains closed (the lactone form), the drug retains its anticancer activity.

CZ48 is the 20(S)-propionate ester of camptothecin synthesized in Stehlin Foundation labs. Due to a structural change in the camptothecin molecule (adding a propionate side chain at position C-20), the lactone ring in CZ48 is less susceptible to opening. Once CZ48 is transported into the tumor cells, the enzyme esterase cleaves the propionate side chain and the drug becomes active, killing the cancer cells. The significant advantage of CZ48 versus the original camptothecin molecule and other non-ester camptothecin derivatives is that a larger percentage of drug reaches the tumor in active form.

In pre-clinical studies, CZ48 killed cells of 22 different human cancers transplanted into the Foundation’s athymic “nude” mice. Perhaps more impressive, toxic reactions were insignificant at the dosages necessary to produce the anticancer effects. In fact, test animals have been treated with up to 100 times the effective dose without significant signs of toxicity.

Most antitumor medications have a narrow ‘therapeutic index.’ Therapeutic index is the ratio of the dose required to affect the cancer to the amount that’s toxic to normal cells.  Oncologists have very little room to increase a patient’s dosage to obtain the desired results: too little won’t treat the cancer, too much can be life-threatening. With CZ48, Stehlin has observed very little toxicity even at more than 20 times the therapeutic dose. At least initially, this indicates an extremely low toxicity for a cancer medication. 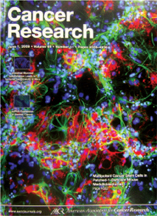 The results of the preclinical experimentation on CZ48 were published in the prestigious scientific journal Cancer Research in June 2009. The article, “Crystalline Camptothecin-20(S)-O-Propionate Hydrate: A Novel Anticancer Agent with Strong Activity Against 19 Human Tumor Xenografts,” detailed both the striking results and the lack of toxicity of the compound. Cancer Research is the official publication of the American Association of Cancer Research.

Both camptothecin derivatives on the market today – Camptosar® (irinotecan, Pharmacia/Pfizer) and Hycamtin® (topotecan, GlaxoSmithKline) – are engineered to be soluble. Solubility is helpful because the drugs can be administered intravenously, allowing doses to be titrated much more closely (important for drugs with low therapeutic indexes). CZ48 is designed to be delivered orally, in capsule form. While this is a distinct departure from other cancer chemotherapeutic agents, it is one of the drug’s greatest strengths. An oral formulation can be administered by the patient without visiting the physician’s office or hospital, reducing both time and cost. It is also expected to improve patient compliance, a major issue in cancer medications.

FDA approval of an investigational drug application is itself a remarkable accomplishment, since less than one-tenth of one percent of all newly-derived chemical compounds developed for cancer treatment are allowed to be tested on humans.

Clinical trials follow a highly regulated and structured protocol (see Cancer Research Q&A) and take years to complete. They also are enormously expensive. That cost is borne by the drug developer (CHRISTUS Stehlin Foundation), not by the patient or their hospital. Recent studies estimate the average cost of getting a drug through clinical trials at from $55 to $100 million.

The goal of the first stage of drug testing in human subjects is to assess its safety, tolerability, pharmacodynamics (what the drug does in the body), and pharmacokinetics (what the body does to the drug). In anticancer drugs, testing usually includes a small number of patients (20-100) in the final stages of metastatic (incurable) disease. Participation in the study is voluntary, and patients are fully informed of the study’s purpose, duration, procedures, risks, and potential benefits. The trials also include “dose ranging,” in which the drug is administered in escalating quantities to determine the optimal amount for therapeutic effect.

CZ48 clinical trials are underway at the University of New Mexico Cancer Research & Treatment Center, and The University of Texas Health Science Center at San Antonio’s Cancer Therapy and Research Center. Approximately 60 patients will participate in the study, which is expected to conclude in 2013 with a final cost exceeding $1.5 million. If Phase I results are as expected, trials will move into Phase II, designed primarily to assess how well the drug works. Phase II will entail about a five-fold expansion in both the number of participating patients and cost.

Though the development of CZ48 has progressed to human trials, research designed to improve the compound continues. A subject of extensive research is CZ48’s bioavailability – the amount of the drug delivered to the cancer site. Data from the Phase I clinical trials indicate that the level of CZ48 in the blood of test subjects is lower than expected. Tests reveal that the biotransformation of the drug in the human liver is markedly greater in humans than in the Foundation’s experiments of the drug on human tumors grafted into mice. To improve bioavailability, emerging drug technologies are being tested.

One way to elevate absorption is to decrease the size of the drug particle. Stehlin has partnered with Nanomaterials Technology (NT) in Singapore to micronize CZ48. Preliminary results on nanoparticle material delivered from NT indicate the micronized CZ48 is significantly more effective at lower dosages than the original CZ48 molecule.  Specifically, only about 25 percent of the quantity of the original CZ48 molecule is required of the micronized form to achieve complete tumor inhibition.

Given its activity both in vivo and in vitro, the Foundation believes CZ48 is the most promising compound of its type. If its potential is proven in human testing, CZ48 will be a significant improvement over many of the drugs used today against a variety of metastatic cancers.