Friends of the Foundation Produce Another Fun Filled Evening

Having chaired an astounding SEVEN Friends Galas, the dynamic trio of Donna Lewis, Lin Mills Smolensky, and Nancy White now deserve to be known collectively as “Stehlin’s Angels.” Thanks to the Angels, the 31st annual event was a smashing success! 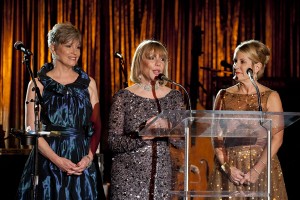 The evening kicked off with fast and furious bidding on a huge assortment of gift, entertainment, and travel items in the Silent Auction. In the expert hands of Auction Chair Anna Williams-Parker, both the silent and live auctions raised significant funds in support of the Foundation’s new prostate cancer research project.

Diners were entertained by two spectacular professional dancers, and then everyone had a chance to “show their stuff” when the guitars and fiddles of Back at the Ranch began. People had to look twice to see if Bob Wills had taken the stage, because the group featured the classic Western Swing tunes familiar to every card-carrying Texas cowboy and girl. Grammy Award-winning headliner Lee Ann Womack followed. As expected, Lee Ann lit up the room. When she began her chart-topping hit ”I Hope You Dance,” there wasn’t room for another pair of boots on the dance floor.

If party goers thought they could rest when Lee Ann left the stage, they were in for a surprise. Doppelganger cranked up the energy for the next three hours, combining classic rock, R&B, and even disco. Everyone’s favorites were represented, and we suspect many pairs of dancing shoes (and dancers) were worn out.

An event of the size and complexity of the Friends Gala takes the hard work of MANY dedicated volunteers. 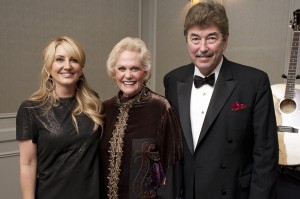 Dozens of Friends members donated countless hours before, during, and after the event. Special thanks must go to Nancy Ames and Danny Ward for their tireless efforts to plan, produce, and support the event. Nancy and Danny teamed with legendary designer Bill Stubbs to donate a spectacular catered dinner for eight guests to the live auction! Nancy and Danny are doing the cooking, with Bill hosting the event in his fabulous Houston home. Finally, the wonderful wines served at the event were hand selected and generously donated by Olivia and Robert Pacini.

You also may wish to visit the Friends Facebook page for additional photos and comments.