Stehlin research has been changing the lives of people with cancer for more than 40 years by pioneering new drugs and patient therapies. 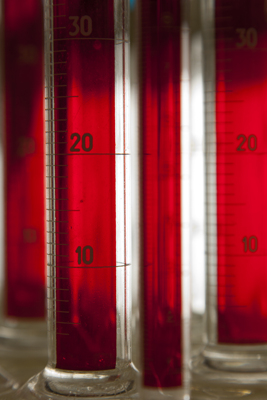 CHRISTUS Stehlin Foundation is dedicated to patient-focused research, limiting investigations to human cancers.  Because of their focus on shortening the time from the test tube to treatment, thousands of cancer patients are alive today as a result of the Foundation’s work.

The Foundation’s founder, Dr. John S. Stehlin, Jr., was a visionary surgical oncologist who saw beyond existing protocols. His drive was to improve collaboration between cancer patients, the physicians providing treatment, and the scientists working to combat the disease. He worked as both researcher and physician until his retirement in 2002.

Dr. Stehlin stressed the importance of hope, faith, laughter, and love in patient recovery. In 1980, he established the ”Living Room” on his oncology unit at St. Joseph’s Hospital, where patients could see family and friends, read, watch television, and generally find relief from the hospital atmosphere. The concept has been adopted by cancer centers worldwide.

Working with a small staff and limited facilities, the Foundation was the first to develop and apply many cancer therapies now recognized as the “treatment of choice.”

The Foundation has been widely recognized in the scientific world as a pioneer in cancer research. Its breakthroughs have been documented in more than 500 scientific and medical journal articles. Some examples:

Prostate Cancer Cell Model – Stehlin scientists are collaborating with Baylor College of Medicine physicians to create a broad line of tissue culture cell lines and xenografts of human prostate cancer. The lines will represent all subtypes and prognoses. As each line is characterized, the project team will make it available to the worldwide scientific community.

Hyperthermia – Stehlin researchers are continuing their pioneering research into the selective sensitivity of cancer cells to heat. One project will inject magnetic nanoparticles into nude mice carrying human tumors. The nanoparticles are attached to antibodies designed to seek out cancer cells. When exposed to radiofrequency waves, the nanoparticles absorb the energy and express it as heat, killing the tumor cells.

With CHRISTUS Health’s assistance, in 2011 Stehlin’s scientists moved to a state-of-the-art 27,000 square foot research facility in Houston near the Texas Medical Center.

For more information about the Foundation and its research programs, please contact us at 713-659-1336.  Tours of the laboratory are available by request.