MedlinePlus – NEW YORK (Reuters) – The cancer cells were not behaving the way the textbooks say they should. Some of the cells in colonies that were started with colorectal tumor cells were propagating like mad; others were hardly multiplying. Some were dropping dead from chemotherapy and others were no more slowed by the drug than is a tsunami by a tissue. Yet the cells in each “clone” all had identical genomes, supposedly the all-powerful determinant of how cancer cells behave.

That finding, published online in Science, could explain why almost none of the new generation of “personalized” cancer drugs is a true cure, and suggests that drugs based on genetics alone will never achieve that holy grail.

Scientists not involved in the study praised it for correcting what Dr. Charis Eng, an oncologist and geneticist who leads the Genomic Medicine Institute at the Cleveland Clinic, called “the simple-minded” idea that tumor genomes alone explain cancer. 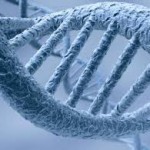 Calling the study “very exciting,” she said the finding underlines that a tumor’s behavior and, most important, its Achilles heel depend on something other than its DNA. Her own work, for instance, has shown that patients with identical mutations can have different cancers.

The core premise of the leading model of cancer therapy is that cells become malignant when they develop mutations that make them proliferate uncontrolled. Find a molecule that targets the “driver” mutation, and a pharmaceutical company will have a winner and patients will be cancer-free.

That’s the basis for “molecularly targeted” drugs such as Pfizer’s Xalkori for some lung cancers and Novartis’s Gleevec for chronic myeloid leukemia. When those drugs stop working, the dogma says, it is because cells have developed new cancer-causing mutations that the drugs don’t target.

In the new study, however, scientists found that despite having identical genetic mutations, colorectal cancer cells behaved as differently as if they were genetic strangers. The findings challenge the prevailing view that genes determine how individual cells in a solid tumor behave, including how they respond to chemotherapy and how actively they propagate.

If DNA is not the sole driver of tumors’ behavior, said molecular geneticist John Dick of the Princess Margaret Cancer Centre in Toronto, who led the study, it suggests that, to vanquish a cancer entirely, drugs will have to target their non-genetic traits too, something few drug-discovery teams are doing.

Genomes are what cutting-edge clinics test for when they try to match a patient’s tumor to the therapy most likely to squelch it.

For their study, Antonija Kreso, Catherine O’Brien and other scientists under Dick’s direction took colorectal cancer cells from 10 patients and transplanted them into mice. They infected the cells with a special virus that let them track each cell, even after it divided and multiplied and was transplanted into another mouse, then another and another, through as many as five such “passages.”

Only one in 10,000 tumor cells was responsible for keeping the cancer growing, the scientists found – in some cases for 500 days of repeated transplantation from one mouse to the next. Genetically-identical tumor cells stopped dividing within 100 days even without treatment.

Tumor cells that were not killed by chemotherapy – the scientists used oxaliplatin, a colon-cancer drug sold by Sanofi as Eloxatin – had the same mutations as cells that were. The survivors tended to be dormant, non-proliferating ones that suddenly became activated, causing the tumor to grow again. Yet the cells – dormant or active, invulnerable to chemo or susceptible – had identical genomes.

“I thought we’d be able to look at the genetics that let some cells propagate, or not be susceptible to chemotherapy, but lo and behold there was no genetic difference,” said Dick. “That goes against a main dogma of the cancer enterprise: that if a tumor comes back after treatment it’s because some cells acquired mutations that made them resistant.”

That’s true in some cases, he said, “but what our data are saying is, there are other biological properties that matter. Gene sequencing of tumors is definitely not the whole story when it comes to identifying which therapies will work.”

The results were surprising enough, Dick said, that experts reviewing the paper for Science asked him to run additional tests to make sure the cells that behaved so differently were in fact genetic twins. He did, they were, and Science accepted the paper.

Other experts also praised the work, saying it supported the growing suspicion in the field that personalized cancer therapy is oversimplistic, at least in how it’s sold to the public.

“It’s not as simple as just sequencing mutations to tailor therapies to each tumor,” said surgical oncologist Dr. Steven Libutti of the Montefiore Einstein Center for Cancer Care in New York City. “In my mind, the findings are not unexpected. Other things besides genes matter: the environment in which a tumor is growing, for instance, plays an important role in whether therapy will be effective.”

Rather than targeting DNA alone, the Toronto scientists suspect, effective therapies would also take aim at what phase of its cycle a cell is in (dormant, growing or dividing, for example), which of its genes are activated, whether it sits in a region of the tumor that is starved of oxygen, and other non-genetic properties.

Nudging tumor cells out of their dormant phase and into their growth cycles, for instance, could make them more susceptible to chemotherapy, which generally targets rapidly dividing cells.

“Our findings raise questions about the resources put into sequence, sequence, sequence,” said Dick. “That has led to one kind of therapeutic” – molecularly-targeted drugs – “but not the cures the public is being promised.”

“The new facility for the CHRISTUS Stehlin Foundation is an appropriate setting for an organization that has made an enormous contribution to the ongoing battle against cancer.”