You are here: Home » News/Resources » Women’s Smoking Deaths at All-Time High in U.S.

(HealthDay News) — American women who smoke have a dramatically increased risk of death from lung cancer and chronic obstructive pulmonary disease (COPD) than they did 20 years ago. 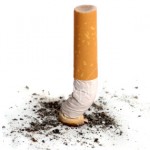 This greater risk of death is likely because of women starting smoking earlier, smoking more each day and smoking for longer periods of time, said the study’s lead author, Dr. Michael Thun, vice president emeritus at the American Cancer Society.

The risk of death for male smokers in the United States has increased less dramatically in recent years, and women and men now have comparable risks of death compared to nonsmokers.  Male smokers face a 25 times higher risk of death from lung cancer than nonsmoking males. In the 1980s, that number was 24 times higher and in the 1960s, it was 12 times higher.

“These increases have been large enough to offset medical advances that have reduced the risk of death in the rest of the population,” said Thun.

Deaths from smoking-related diseases have also risen in recent decades. The risk of dying from COPD, a group of respiratory diseases including emphysema, is 26 times higher for male smokers today and 22 times higher for women compared to those who never smoked.

The good news from the study, however, is that “quitting smoking at any age dramatically reduces mortality. And, smokers who quit by age 40 avoid almost all of the excess risk of death from lung cancer and COPD,” said Thun.

Results of the study are published in the Jan. 24 issue of the New England Journal of Medicine.

Thun said the new findings also show that light or mild cigarettes, which were marketed to women as a potentially healthier option, are no safer than regular cigarettes.

He also noted that cigarette advertisers effectively co-opted the aspirations of feminism by suggesting that smoking could be equated with female independence.

Today, he said, marketing to young people and those in developing countries still keeps many people smoking. And, he noted that in the United States, “public perception is that smoking is a problem of the past.”

Dr. Steven Schroeder, author of an accompanying journal editorial, agreed, and said that smoking has become an “invisible problem.”

“The money we should be spending on tobacco control isn’t there,” Schroeder said. “People afflicted with smoking tend to be invisible at policy levels. The less-educated, poor, those with mental illness, they don’t vote. And, there are no advocacy groups for smokers. Tobacco cessation programs require public funds, and no one is clamoring for them.”

Change will require advocates, said Schroeder, director of the  Smoking Cessation Leadership Center  at the University of California, San Francisco. But, gaining momentum isn’t easy because of the stigma that smokers have brought this on themselves, even though most get hooked when they’re young and their judgment isn’t good, he noted.

What’s most important to remember, both experts said, is that smoking cessation works. When people quit smoking, their health improves dramatically and their risk of dying decreases.

A second study in the same journal issue found that lifetime smokers lose an average of about 10 years of life compared to people who never smoked. But, that same study found that people who quit between the ages of 25 and 34 gain an average of 10 years of life compared to those who continue to smoke. Even if you quit at 55 to 64, you still reap an extra four years, according to the study.

The same gains aren’t seen by people who just reduce the amount of cigarettes they smoke, Thun noted.  “The real benefit comes from quitting,” he said. “You’re never too old to quit.”